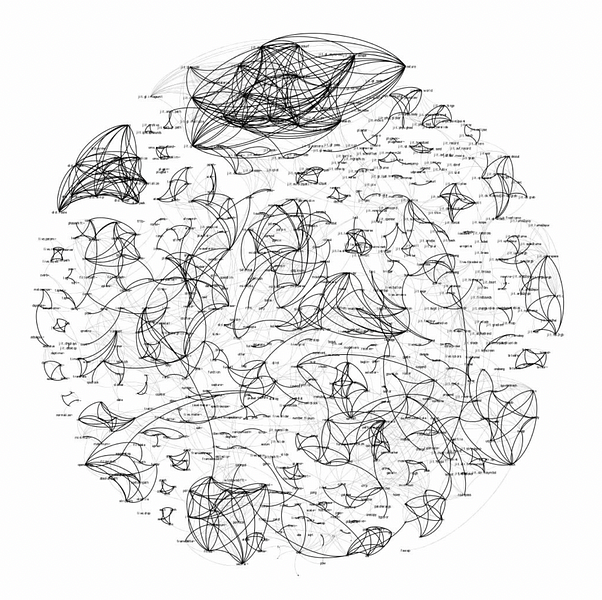 This week Elon Musk made headlines with his acquisition of Twitter and calling himself a, “free speech absolutists”. Some believe that the social media platform should censor speech when it violates the community rules. Others believe that all content should be treated the same and the boundaries of speech online shouldn’t be determined by powerful tech companies. Should we not be wary of any centralized actor, be it the government or a wealthy individual, having so much control over who has the right to speak online?

If you’re an avid reader of the Gnosis Chain Weekly then the topic of censorship is not unfamiliar. Code is a form of speech - should there be restrictions and limitations placed on the dissemination of code?

In other news, the Chiado Testnet for Gnosis Chain is live as of today!

Nethermind’s Sedge simplifies node setup and saves you hours of reading and testing! 💥

Whether it’s solo staking, testing your nodes and applications, or exposing the API and Checkpoint Sync endpoints, Sedge will have you running a full node or a validator on Ethereum or Gnosis in just a few minutes.

Run a Node or a Validator on Chiado

Nethermind @nethermindeth
✅ @gnosischain and Chiado node operators, you can now use Sedge to set up a full node on Gnosis Chain and Chiado testnet, including a validator node and nodes with mev-boost 💪docs.sedge.nethermind.io/docs/quickstar… 2/4
docs.sedge.nethermind.ioRun a Validator or a Full Node on Chiado | Sedge documentationValidators and Full Nodes protect the network by validating transactions and blocks. They are the backbone of the
1:31 PM ∙ Nov 3, 2022
7Likes5Retweets

Succinct Labs releases the first demo of the zkBridge!🌉

HOPR 🟡 @hoprnet
To round up our week on credible neutrality, we’d like to look back on a panel on this topic held during Devcon in Bogota, hosted by our great frens from @gnosischain 🧵1/26
4:00 PM ∙ Nov 4, 2022
16Likes2Retweets

Jarvis Network 🧪🦇🔊 @Jarvis_Network
🧮We are now tracking on-chain data on @gnosischain. Despite the fact that we have not yet deployed an ecosystem there, almost $3M of jFIATs has been swapped on our primary market. 393 users performed 2,658 swaps.
7:23 PM ∙ Nov 1, 2022
25Likes11Retweets

ETHGlobal 🔜 ETHSanFrancisco🌉 @ETHGlobal
The Gnosis Chain is a stable payments EVM blockchain designed for fast and inexpensive transactions. The chain uses a unique dual-token model; xDai is a stable token used for transactions, payments, and fees. 💰@GnosisChain is offering $5,000 up for grabs! https://t.co/ZyVDTJeESW
1:06 PM ∙ Nov 1, 2022

Chiado testnet is an important new part of the Gnosis ecosystem as a developer testnet. A reliable explorer is required for developers to be productive on Gnosis. A Blockscout instance should be set up as soon as possible to support Chiado now and into the future.

Gateway.fm team should be supported with a significant grant of 1mil DAI upfront, 2mil DAI and 20k GNO vested over 3 years allowing us to focus on the Gnosis Chain. The vested GNO should be used for staking on the Gnosis Beacon Chain and should only be able to be sold three years after the agreement is in place.

🏘 DAO of the Week: Bankless DAO

Bankless DAO has a vision to make new economies within the web3 space accessible to creatives — providing user-friendly access to work and pay. Right now they achieve their mission by providing a wide variety of ways to contribute to projects and get paid within Bankless DAO or by connecting creatives with other DAOs via their consulting services.

Their DAO organizes into guilds, committees and subdaos as needed to complete projects. From consultant services to bot integrations to translations to newsletters, they have many projects and more on the way.

Learn more and get involved through the Bankless website

It’s been a crazy week over at XYZ; not only did we wrap up our betting competition, but the finals of the biggest esports event of the year, Dota 2 International 2022. concluded alongside it. With the recent Azuro X Pinnacle partnership, we were able to cover the entire event with over 18 markets for bettors to take advantage of… And advantage they took!

We have to highlight one of our favorite bets from the betting competition AND The International 2022. Our pick goes to one of the teams from the betting competition who collectively bet on Team Hokori to win map 1 on the second day of the tournament against Glamin Gladiators. Hokori came in as underdogs, but their performance on day 1 really showed they were serious contenders. 5 xDAI on odds of 3.68 resulted in an 18.43 xDAI win.. For the entire team! Bold strategy - it’s what we like to see!

With the biggest esports event behind us, it’s now time for the biggest sporting event of the year. The Qatar World Cup 2022 starts on the 20th November, follow the XYZ social media because we're going out with a bang!

Come say hi in the Gnosis Chain Discord. Join us for the next GnosisDAO Community Call on the 10th of November at 5PM CET, GnosisDAO Twitter Spaces.